Annual Result for ConocoPhillips Skandinavia AS 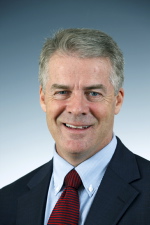 2016 was a challenging year for the oil industry in Norway and globally. We delivered an excellent HSE performance and satisfactory financial results under the circumstances. The operational efficiency was high in the Norway business unit, and we exceeded our production target,’ says Trond-Erik Johansen, President Europe and North Africa for ConocoPhillips.

'ConocoPhillips has a long-term strategy in Norway - to be a key player on the Norwegian Continental Shelf in 2050. We were awarded six production licenses, three as operator in the APA 2016 licensing round. The awards prove our standing with the Norwegian authorities and our long-term perspective in Norway,’ says Trond-Erik Johansen.