ConocoPhillips is awarded operatorship in three licenses in the Norwegian Sea and one ownership interest in the North Sea, in the Awards in Pre-Defined Areas 2020 (APA 2020), announced 19 January.

The three operatorships are located nearby ConocoPhillips’ recent Warka and Slagugle discoveries, while the ownership interest in the North Sea is an extension of the Alvheim partnership.

‘This is a great outcome of our application. It reflects our priorities and exploration strategy very well’, said Arild Skjervøy, Exploration Manager Europe. ‘Three operatorships in the Norwegian Sea increases our presence in the area close to our exploration successes in 2020, and we are excited to explore these areas further.

The award in PL 891 B is an extension of the Slagugle license in block 6507/8 with 80 percent ownership to ConocoPhillips. We are also granted a 40 percent ownership interest in the two other Norwegian Sea awards in PL 1122 and 1123, and 20 percent in the PL 1045 B in the Alvheim area.

The Ministry of Petroleum and Energy awarded 61 production licenses located in the North Sea (34), the Norwegian Sea (24) and the Barents Sea (3) in the APA 2020. 30 oil companies, ranging from the large international companies to smaller domestic exploration companies, are offered ownership interests in one or more production licenses. Of these, 18 companies were offered one or more operatorships. The licenses are awarded with a work-program that are to be completed within a given time frame. 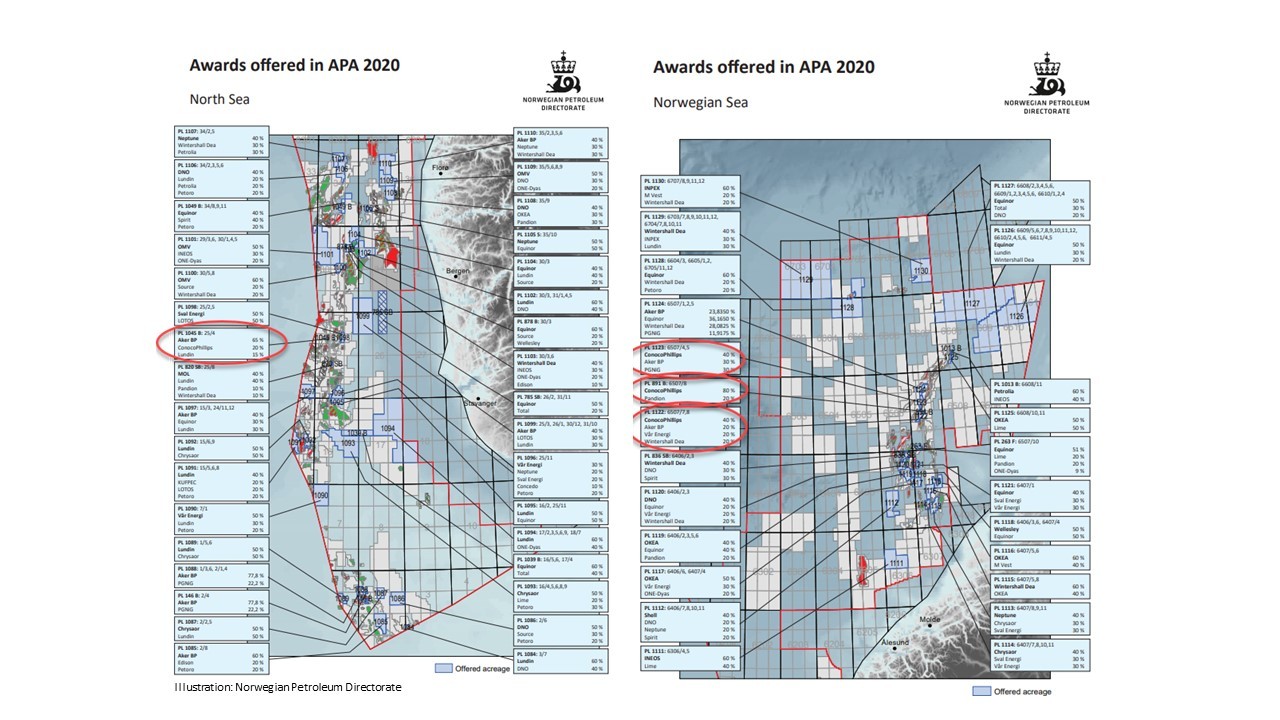