New life for the retired Christmas tree from Ekofisk

The historic Christmas tree (wellhead valve) from Ekofisk has retired. It belonged to the very first well on a permanent installation on the Norwegian shelf and is now enjoying its new life outside the Petroleum Museum's new magazine in Stavanger.

A huge concrete structure was necessary to give the six-meter-tall and 7.5-tonne heavy Christmas tree a safe retirement, where it now stands in Dusavik, surrounded by cobblestones and green plants. The monument is one of two of historic Christmas trees by the museums in Stavanger. The other tree from Gulftide is standing in front of the museum in Stavanger city centre. 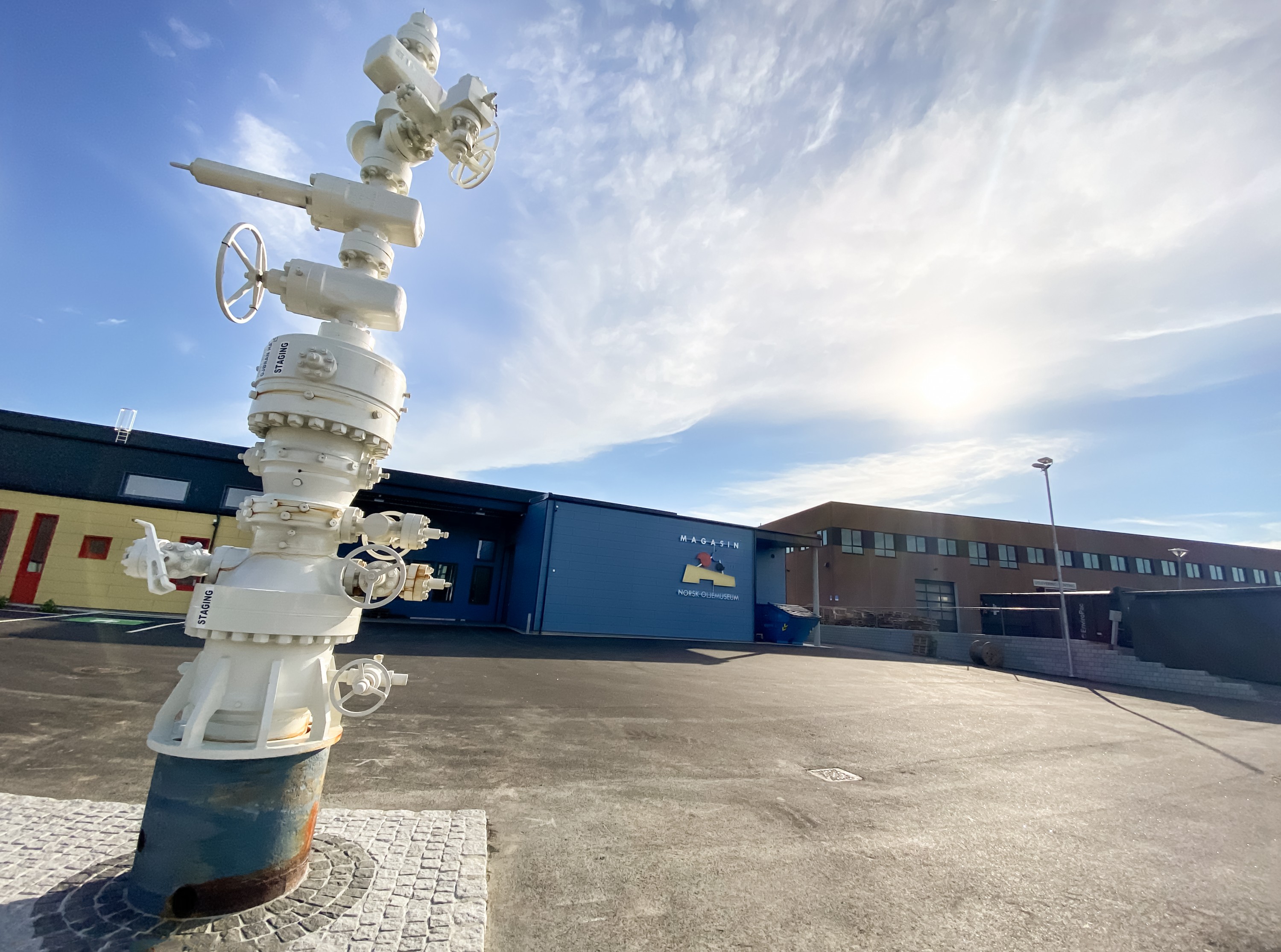 Norwegian oil production started on the Ekofisk field in June 1971. Initially, it took place from seabed templates that were connected to Gulftide, which was a mobile drilling rig. It was therefore a major milestone when the very first well on a permanent installation started almost three years later - well A-13.

Drilling of well A-13 started in November 1973. The drilling operation lasted for 163 days, and the drilling was carried out to a total length of 3444 meters. On 25 April 1974, the first oil from Ekofisk 2/4 A was piped to loading buoy number one and on to the tanker Elisabeth Fernstrøm, which was ready to receive production. This was the starting point for oil production from permanent installations on the Norwegian shelf.

The well was active for a full 27 years before it was taken out of production. By then, the A-13 had produced a total of 82.2 million barrels of oil equivalents.

See also the Industrial heritage Ekofisk website, which was updated and renewed as part of the Ekofisk 50th anniversary 2019.